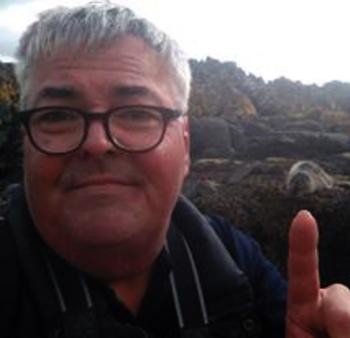 We took a photo tour with my friends, Zsolt and Joseph on the Isle of May. We wanted to shoot pictures of the puffins, but due to bad weather, the puffins only arrived a few weeks later on the island. We went around the island and found pictures of other birds and the beautiful scenery of the island. This gray seal was next to the small harbor and was very calm and friendly even though the island seals are biting and do not like people. I saw this seal wounded. I reported to the island ranger, found a wounded seal. He said he couldn't help because he was healing himself quickly, because he was probably attacked by a shark, and if the seal escaped, he was quite viable.